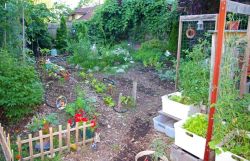 It has been a very busy weekend for the Nonviolent Worm and me. There was the Fall Festival at the Urban Ecology Center Saturday and for a while today, and and Peacefest today, the 40th anniversary of Milwaukee 14 and the 40th anniversary of the Resistance to military at Marquette University. I had many wonderful conversations, shared some good music, poetry and stories with friends old and new. I now have material for many postings and pictures to share. But being tired I will share just two brief stories with you. I was talking with my friend Joyce, longtime advocate for Peace and Justice, at Peacefest and she shared with me a metaphor she had found useful. She was talking with a group of persons about the meaning of “resistance.” She told them how important the spinning wheel was to Gandhi and his followers in India during their resistance to British rule. It was a symbolic act of resistance to the British rule of India. By spinning their own clothes they did not have to purchase British-made clothes but were nonviolently resisting British rule. The symbol of a spinning wheel did not resonate with those she was sharing with. So she turned to another symbolic and real act of resistance, a Garden. In a garden we can grow our own food and like with the spinning wheel can show resistance, this time to the major agribusinesses that run our food system. It might be a small act of resistance for us but it is an act of resistance. She found that many in the room could relate to this symbol. Growing a home garden, as so many persons do these days, is an act of resistance. As I digest this thought and reflect on my talks with Joyce and others more I will have more to share.
Another touching moment came today when Julie of Peace Action spoke about the death of long time friend, friend of Milwaukee 14 and of peace and justice, Jack Stebbins. Jack was the kind of person who would have been present today. He was a person who deeply knew what it was to do the works of mercy, like feeding the hungry, and yet struggled for justice and peace. He was a garden of resistance all by himself. His Obituary was in the Milwaukee Journal Sentinel, and there will be more on Jack on the Milwaukee 14 Today web page. Now that I have started to tell stories of the last two days, ideas for more are flowing to the surface. However, I will stop for now, tying the two events together with Garden of Resistance and Jack’s life putting today charity and justice together.

Retrieved from http://www.nonviolentworm.org/DiaryOfAWorm/20080928-GardenOfResistance
Page last modified on September 29, 2008, at 08:42 AM