DiaryOfAWorm: Open Letter From Afghan Youth To Our World Leaders 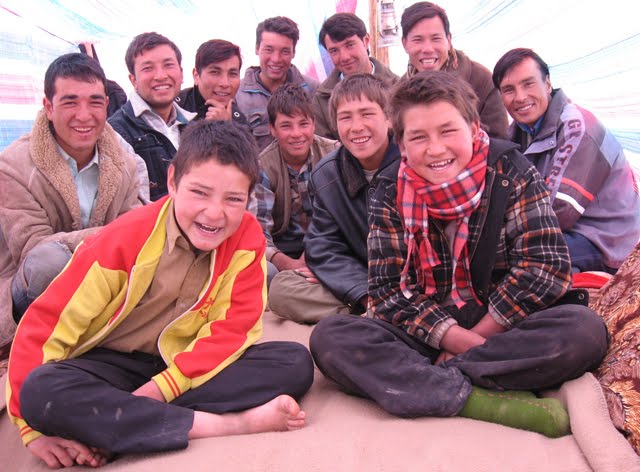 This open letter from the Afghan Youth to our world leaders was sent to me with the request to past it on. The letter speaks for itself.

We are Afghans and we ask the world to listen. Like yourselves, we couldn’t live without the love of our family and friends. We were hurt by your criticism of Mr Karzai for voicing the people’s anguished pleas, “Stop your night raids.” Please, stop your night raids.

If you could listen, you would also have heard Mr Karzai and the 29 NGOs express concern over your Afghan Local Police plan; the world will henceforth watch our militia killing the people, your people and our people, with your weapons and your money.

If you could listen, you would have heard the sound of your drones crystallizing the nights of hatred among the Afghan, Pakistani and global masses.
Instead, we hear your determination to ‘awe, shock and firepower’ us with Abrams tanks. We hear distant excitement over your new smart XM25 toy, a weapon you proudly proclaim will leave us with ‘nowhere to hide’.

Nowhere to turn and nowhere to hide.
Your actions have unfortunately dimmed our hopes that we the people could turn to you. Along with our Afghan war-makers, you are making the people cry.
Yet, we understand. You are in the same trap we’re in, in a corrupt, militarized mania.

Love is how we’re asking for peace, a love that listens, and reconciles.
And so, we invite you to listen to the people of Afghanistan and to world public opinion on the Global Day of Listening to Afghans, to be internet-broadcast from Kabul this December.

It is time to listen broadly and deeply to both local and overseas Afghan civil groups and the numerous alternative solutions they have proposed for building a better socio-political, economic and religious/ideological future for Afghanistan.

We have shared the pain of our American friends who lost loved ones on September 11, by speaking with and listening to them.

Though, if the world could listen like these American friends did, the world would know that few Afghans have even heard about September 11 and that no Afghans were among the 19 hijackers. The world would have heard our yearnings as we were punished over the past 9 years.

If the world could listen, they would know how much we detest the violence of the Taliban, our warlords, any warlord, or any bullet-digging finger-trophy troops.

It is extra painful to us and to your troops because clearly, there are non-violent and just alternatives.

We understand the pain of financial hardships but try telling an Afghan mother about to lose her child or a soldier about to take his life that the only way their illiterate and angry voices can ruffle the posh feathers of our world leaders is when it disturbs not their human or truth deficit, but their trillion dollar economic deficits. How do we explain that without denuding ourselves of human love and dignity?

What more can we say?

How else can we and our loved ones survive?
How can we survive with hearts panicking in disappointment while perpetually fleeing and facing a ’total’ global war, a war that wouldn’t be questioned even in the crude face of a thousand leaks?

We would survive in poverty, we may survive in hunger, but how can we survive without the hope that Man is capable of something better?

We sincerely wish you the best in your lives.

We are Afghans and we ask the world to listen.

The voice of rataoinlity! Good to hear from you.

Retrieved from http://www.nonviolentworm.org/DiaryOfAWorm/20101204-OpenLetterFromAfghanYouthToOurWorldLeaders
Page last modified on January 26, 2012, at 11:58 AM