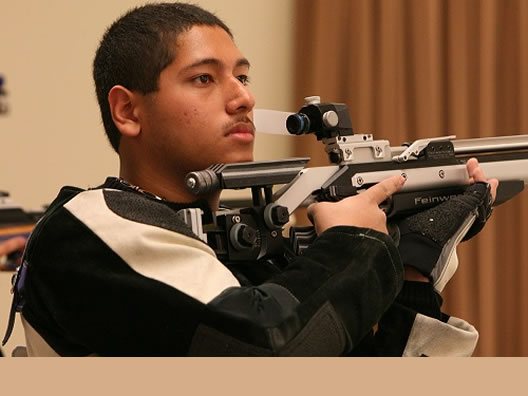 The militarization of our education system has been growing since the end of the selective service system. The Department of Defense has programs for university, high school and middle school students. As we are found out at Marquette University it is easier to stop a military program before it starts and then after it is established in the school.

Biological: As car insurance companies, the military and many educators know, the brains of young men and women are not fully developed until they are about 25 years old. The part of the brain that it is not developed in high school youth is the “dorsal lateral prefrontal cortex”. It plays a critical role in: decision making, problem solving and understanding future consequences of today’s actions. John Carmody, Director of the Center for Christian Nonviolence, is a former Marine Corps Captain and a Vietnam veteran who was awarded a Silver Star and two Purple Hearts. He has created a slide presentation called Neuroscience of Nonviolence. He has put his slide presentation on a ‘cloud’ where you can download and open it to watch his presentation.

Gospel Values Vs Military Values The military claims, to be an Army leader and a person of integrity, all values, including religious values “must reinforce, not contradict, Army values.” (Army Field Manual, [FM 22–100, Chapter 2–32] ) Then Catholic Catechism says, “Refusing obedience to civil authorities, when their demands are contrary to those of an upright conscience, finds its justification in the distinction between serving God and serving the political community.” (Catechism of the Catholic Church 2242)

Followers of Jesus Christ, a statement by Don Timmerman: “If we are Christians then we need to act like followers of Christ…in word and deed. Christ told us to love our enemies, pray for them and DO GOOD TO THEM. How in the world can Christians support the military which has a philosophy totally the opposite of that of Christ? The military’s philosophy is to kill or destroy the enemy, not love him or her. To allow our young to be persuaded to accept the military as a life style is not following Christ. To condone or praise the military is not being a follower of Christ. We all have relatives and friends who have gone to the military either because they were drafted or because they felt they would be defending others. They were not following the command of Christ. They were following the command of the state. Christ too believed in defending others, but He would never condone violence as a means to do this. Christ did not try to set up an army to overtake the Romans who were persecuting and executing His own people. Nor should we who are His followers try to kill or hurt our enemies. Our goal is to follow the will of God, to love our enemies, and to get others to do the same. Our goal as Christians is not longevity, the quest to live as long as we can. Longevity has its place, but it is not the command of Christ. His command is to love all, including the enemy. If we die we have eternal life.” (Don Timmerman is a Catholic Worker in Milwaukee)

Academic Values: Military teachers provided by the military to ROTC and JROTC often do not have the academic qualifications required by accredited schools. See our Letter to the Provost of Marquette University under the topic Academic. Although my examples are from the University level, I understand from the preliminary study of JROTC the same applies to high schools and the middle school military education program. It seems you do not need a degree to teach military drills or how to fire a gun; however, during the teaching process other values must also be instilled in a Christian academic setting and that takes proper accreditation.

Killing without Conscience. The movie Soldiers of Conscience brought to attention how student soldiers in the Army officer training programs at military host universities are trained to ‘kill reflexively’, without use of conscience and considering moral justification. “Modern combat training conditions soldiers to act reflexively to stimuli—such as fire commands, enemy contact, or the sudden appearance of a “target”—and this maximizes soldiers’ lethality, but it does so by bypassing their moral autonomy. Soldiers are conditioned to act without considering the moral repercussions of their actions; they are enabled to kill without making the conscious decision to do so. In and of itself, such training is appropriate and morally permissible.” Pete Kilner, instructor at the U.S. Military Academy, in a paper titled Military Leaders’ Obligation to Justify Killing in War”. The military did not buy the Catholic Ethic’s Professors viewpoint to justify “reflexive killing” and still practices it. Many high school students through video games, some developed by the military, are familiar with this way of firing a weapon.

Religious Values: I am most familiar with Franciscan and Ignatian spirituality. I know, as a local Capuchin Franciscan told me, “St. Francis would not be happy.” St. Ignatius was a soldier until his change of heart and his desire to the follow the Way of Jesus. After spending the night in prayer before the statue of Black Madonna at the monastery at Montserrat he left his sword and dagger before the altar of “our Lady.” He turned from a soldier into a companion of the nonviolent Jesus. The early followers of the Way of Jesus were forbidden to take up arms and join the military. Contrast this way of believing with an article that appeared in the spring Messmer Today, (p. 20–21) | praising the role of the Army in high school.

Retrieved from http://www.nonviolentworm.org/DiaryOfAWorm/20120523-TeachWarNoMoreInHighSchool
Page last modified on May 30, 2012, at 12:15 AM