Maps of Segregation, Poverty, Criminalization of African Americans and the Catholic Churches in North Central Milwaukee 17 Catholic Churches in North Central
Milwaukee in 1962 and 3, in green, today. 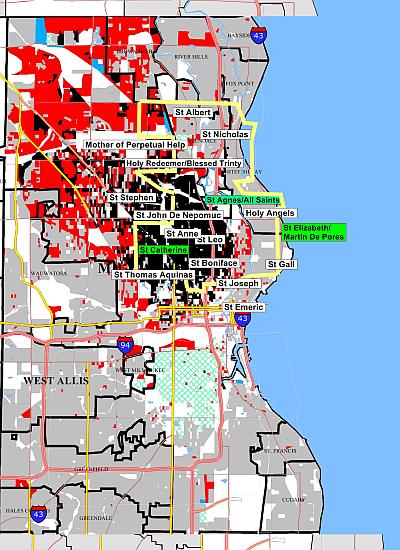 Special Thanks for the maps to John Paswsarat of the Employment and Training Institute, University of Wisconsin-Milwaukee 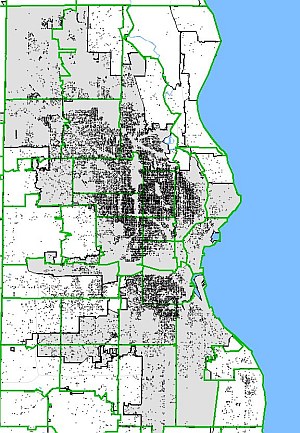 Criminalization in Milwaukee2
Retrieved from http://www.nonviolentworm.org/Main/MAPS
Page last modified on June 11, 2015, at 09:12 PM