Update to the situation below

Read Marquette’s Response or No Response to Open Letter 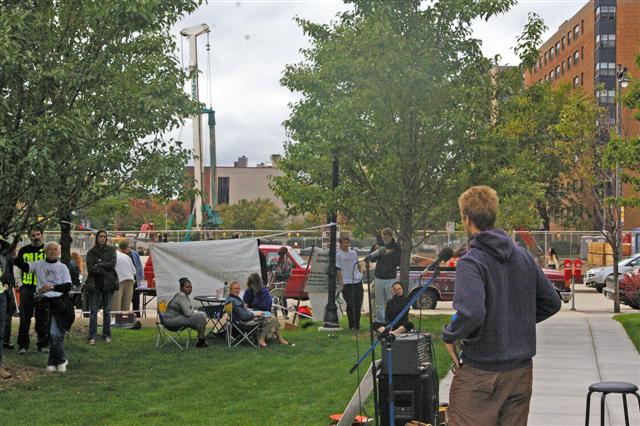 On September 30th I wrote to the three of you, thanking you for allowing “Peacefest” to commemorate 40 years of resistance to the military presence on campus and the 40th anniversary of the Milwaukee 14 action against the selective service system. I suggested two ways we could go in the movement for “Marquette To Be Faithful to the Gospel and No Longer Host Departments of the Military.” I thought that as leaders in value education at Marquette you could support these two suggestions, but having not heard from any of you the last ten days I need to take your answer as NO to both suggestions. So now I am appealing to a greater audience for a response. 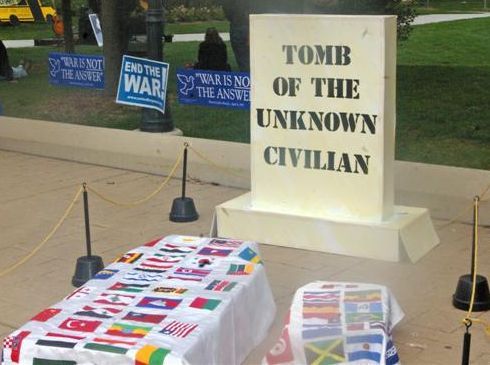 My mother taught me that “charity begins at home.” As the recent article in America Magazine points out, we must teach justice and peace along with charity at our universities. Justice and Peace also begin at home. Shortly, Marquette University will send students and staff to SOA Watch at Fort Benning to protest the school of the army that trains soldiers from Latin America in ways that violate our moral conscience. Yet the same students and staff hesitate to resist the School of the Army at Marquette that trains men and women in the same military values, contrary to our Christian faith, as those taught at Fort Benning.

Jesuits taught me, for 13 years of my education, that the “end does not justify the means” and to be like St. Ignatius or Blessed Franz Jägerstätter: not to cooperate with evil, even if it means insults, injuries and even death. 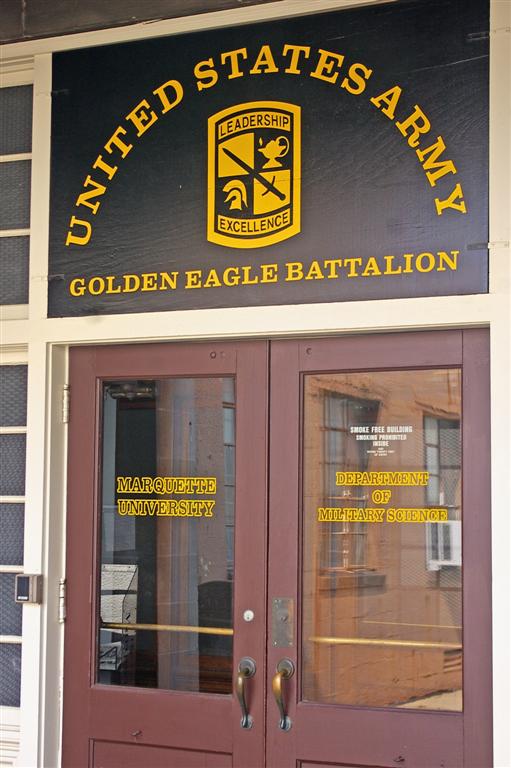 School of Army at MU

Yet Marquette University ignores the words of Salvadoran Jesuit Ignacio Ellacuria, one of the martyrs who inspired SOA Watch, who said, when talking to John Dear S.J. in 1985 about ROTC, “Tell the Jesuits of Georgetown that they are committing mortal sin because they are supporting the forces of death which are killing our people.” (Father John Dear S.J. in National Catholic Reporter Online article — Jan. 8, 2008)

My appeals to you three respected leaders at Marquette University have fallen on deaf ears; I now appeal to the community of women and men of all faiths to discuss, debate and teach on all Jesuit campuses the question: Is it moral for a Jesuit University to host military training on campus? I also urge all Jesuit universities to take some space on campus to build a Garden of Resistance to grow healthy food for those who are hungry and as a symbol of resistance to unjust political systems and wars.

Together we are Growing Power, and can resist and overcome evil.

Readers of The Nonviolent Worm are encouraged to add their comments, suggestions and questions below.

We called them Victory Gardens in the Second World War. We would grow food in our yards in order to increase the supply for ourselves and our men and women who were fighting.

We can do the same today, maybe supplementing the food we need for our homeless and our food pantries.

Bob: This may sound like a “put down which I don’t want it to be but your recent appeal to the leaders at Marquette which met with “deaf ears” is exactly what I mean. We have to ask ourselves why they reacted that way. Why indeed”? In my judgement they behave that way because they are not as committed to “moral education” as much as they would like us to believe unless you (and they) are talking about
the usual thing: not stealing from one another or going to Mass every Sunday. Higher morals like not training people to go to war and all that it involves, is something else again because it is against the principles of our government and the policies it espouses.

The universities are in lockstep with the government and are all “loyal and patriotic” and don’t want to upset the boat. There are voices within the universities and the Church which often speak out boldly against these things but they simply can be pointed to, to show how “liberal” is the curriculum. Nothing ever changes however. Nothing. They allow you to have a “peacefest” or whatever, but that only shows what good guys they are!

I don’t want to pick on you. You did good things by being a member of the “14″ but the universities had nothing to do with your action. They were “clean” and remain in that state.

If indeed the Jesuits of Marquette conform to the unadulterated Christian values of the Jesuit Fathers Ellacuria and Dear, I would be honored to appear to offer lectures on topics in English and Philosophy as part of the peace festival. I had similar conversations when a student at Holy Cross. Bob, I believe you are doing the right thing, but we all need to be very patient and continue to persevere

Jesus said it best: “Blessed are the peacemakers.”

These Jesuits are not only masters of logic but also misdirection. The leaders of Marquette want to be both Christian leaders and priests but to also put the pinch of incense on Cesar’s alter. This time it isn’t in fear of death but in lust for the big government and war making corporations grants. I feel that as Jesus said, as recorded in Revelation, about the luke warm Christians of that day, I will vomit you out of my mouth. Wear a hat when you visit Marquette.

I think that you, Bob, are right about promoting an open forum. It will increase transparency and respect for everyone’s opinion and deepen the understanding of the issue. It will move to practical and congruent commitments. This is the mission of the univerity.

Retrieved from http://www.nonviolentworm.org/TeachWarNoMore/2008-10OpenLetterToMarquetteUniversityLeaders
Page last modified on September 05, 2011, at 12:56 PM