Return to Breaking The Silence

“In all my years of activism, the silent funeral procession through a joyous crowd arose one of the most shocking reactions I’ve ever seen. I will never forget looking out at one point on actually over 100 people just staring at us in awe with nobody saying a word! It certainly made an impression, and the people who did come up to thank us were exuberant that we had done it.” Debbie Metke 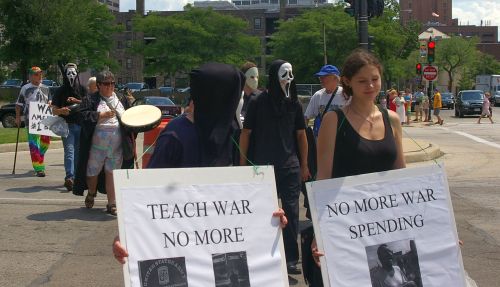 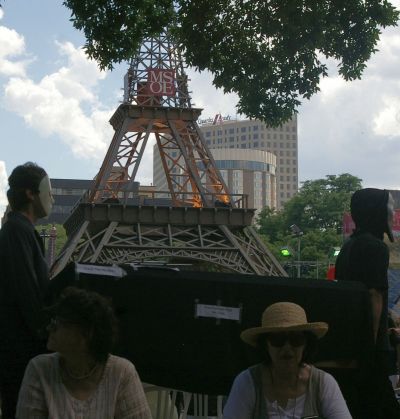 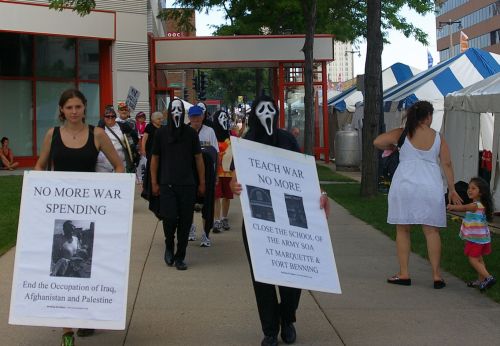 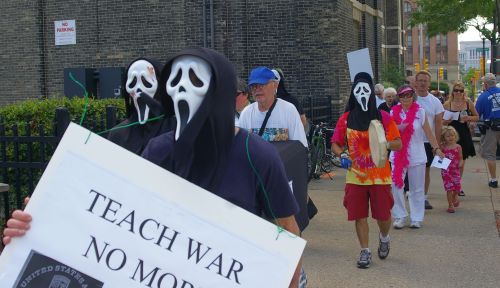 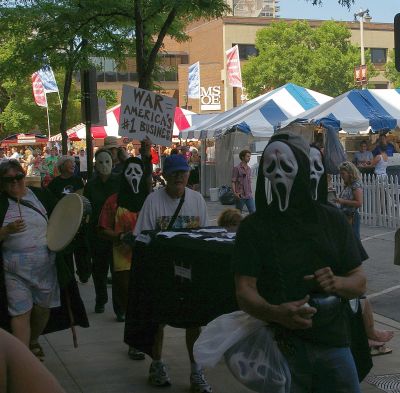 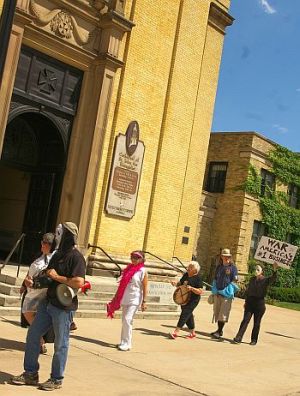 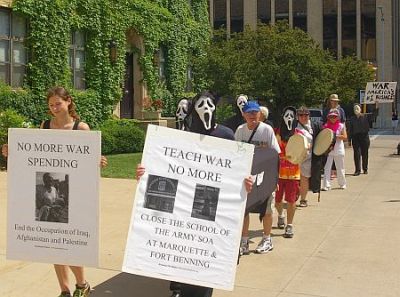 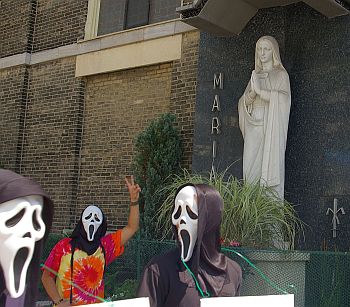 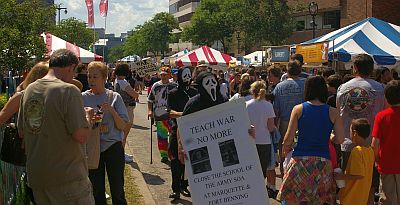 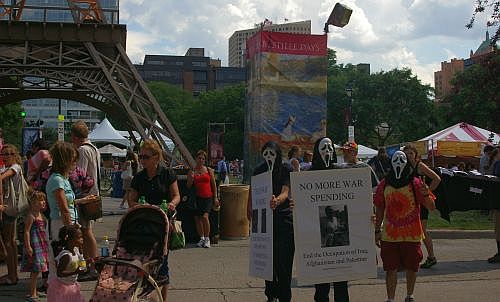 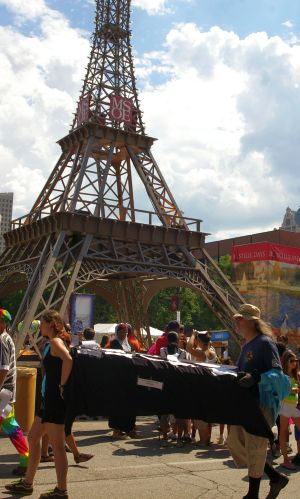 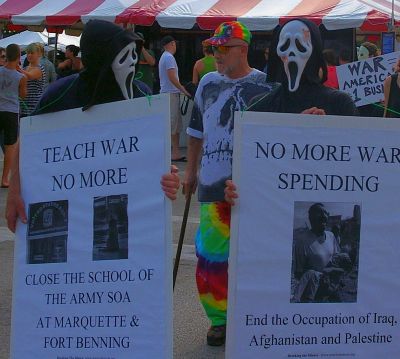 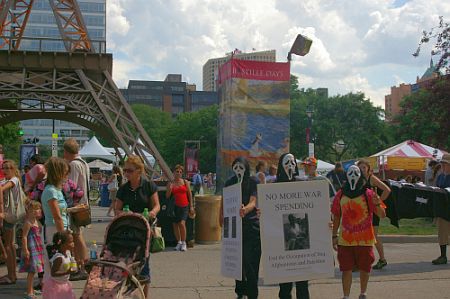 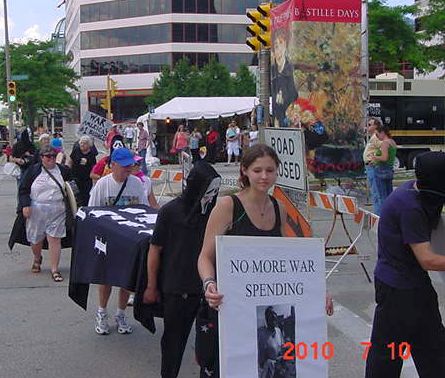 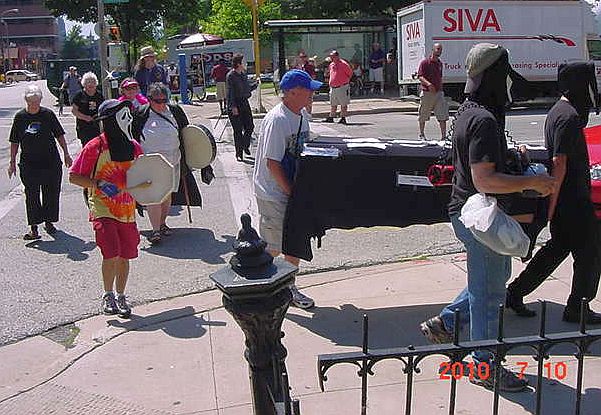 ‘’”For my first protest march, I think it was a success. I was nervous at first - thinking, “what have I gotten myself into?” - especially when we were confronted by the security guards. But there was a gal standing off to the side that kept encouraging us to keep going; that we were within our rights to march and use our freedom of speech. Soon enough the security guards let us pass and we were once again banging on our drums down the street.

We were getting quite a lot of attention from the crowd which I took as a good sign. One gentleman approached our march and said we were able to march because of the wars. I tried to speak up and ask him which war exactly has allowed us the freedom of speech. Other than perhaps the Revolutionary War, I couldn’t think of any other conflicts that gave us this right. Unfortunately he faded into the crowd before I could confront him.

Even though the heat got the better of me at the end, I thought that we did make some impression on the crowd at Bastille Days. Thank you for allowing me to participate.”’‘ Jesse

Retrieved from http://www.nonviolentworm.org/TeachWarNoMore/MarchAtBastilleDays
Page last modified on July 19, 2010, at 12:44 PM